Easter Greetings to All 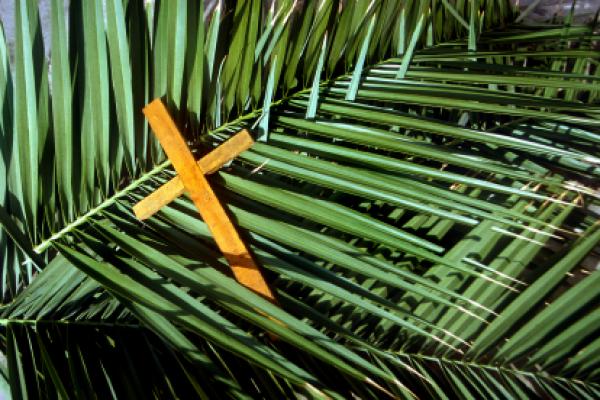 A Lot Can Happen in a Week!

God wanted to reconcile the sin that separated Him from His people. The Easter miracle of Christ’s atonement and resurrection was the only way to accomplish that.

The miracle of Easter is that the saddest say on earth was followed three days later by the most miraculous day on earth; signifying that there is unending hope for all people. It is proof of God’s Love for us. Our ability to return to the cross time and time again and claim the resurrection allows us to start life anew. If we  dare to imagine ourselves among those in the front row of the angry crowd that condemned Jesus, we would find from Him, just like they did, love instead of hatred, mercy instead of judgment, joy instead of sorrow and peace instead of fear. “Father forgive them for they know not what they do”.; The atonement is for all people.

He is Risen!  Now, every day, we can be risen too, making our imaginary association with either group of people in the Easter story irrelevant. Alleluia! Alleluia!

Mail Your Tax-Deductible Gift to: 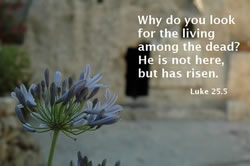 Haven House,
P.O. Box 3122,
Montrose, CO 81402 OR
Donate Safely Online at www.havenhousehomeless.org
Haven House is a non-profit transitional living program with a dormitory facility in Olathe Colorado. Since opening in April 2011, we have provided over 47,000 shelter nights to over 330 adults and children.   Additionally, we provide a wide range of programs that give parents the tools needed to become self-sufficient and maintain a suitable home for their children. Too often, children in homeless families are moved to foster care while the parents restore their living arrangements. We strive to keep the family united and help each member prosper during this difficult time.   We are open 24/7 as families live here full time and can stay in our program for up to two years.

What does it mean to me personally~~

the stone rolled away,

He is not here; He is risen.

that on the final page

of my brief life

it shall not read

indelible and shining there,